West Nile is the name given to a virus that can cause diseases, often very dangerous, in humans. However, the fact remains that in the majority of cases the illness will be of the mildest form; hence many cases are never noticed. It is most commonly found in Africa, Asia and the Middle East but there have been numerous outbreaks across the world. It is believed to be contracted from mosquitoes that have become infected by birds carrying the disease. In this article we will look in more detail about what West Nile virus is, learn more about West Nile virus symptoms, how it can be treated and the various complications it can present.

In many cases of West Nile virus the infection is minor and there are no symptoms involved. However, the virus can cause some or all of the following symptoms, and in such cases is termed West Nile fever:

Those are the symptoms associated with the early stages of West Nile disease, and should be attended to by a doctor. If the infection becomes more serious the patient will deteriorate quite quickly, and can begin to experience the following:

It should be noted at this point that the fever is rarely fatal. However, thanks to its effect on the nervous system, serious cases can result in some of the following long term effects:

There are several types of West Nile virus infection, and each can have its own effect on the body. If you experience any of the above you should seek medical help immediately.

What Is West Nile Virus/Disease? 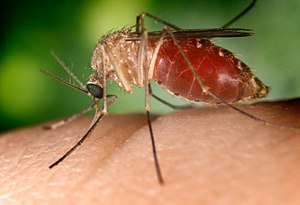 West Nile is a virus that is transmitted to humans from mosquitoes that have been in contact with infected birds. It can have many effects on the body, and one of the more serious is the neuro-invasive type known as West Nile Encephalitis. Encephalitis is a swelling of the brain, and this can be very dangerous in the long term. There is as yet no evidence that the disease can be transmitted person to person. Research has concluded that those who suffer from the encephalitis version number 1% of all sufferers. The virus is believed to have originated in Africa or Asia, and takes its name from a region in which it was found at an early stage. It is rarely fatal, and many patients make a full recovery.

How Is West Nile Virus Diagnosed?

Diagnosis of West Nile Virus is done by routine examination in patients who are displaying the associated symptoms. The patient will be subjected to blood tests to check for the virus itself and any antibodies to the virus, and their recent movements will be noted, Anyone who has been in a known infected area will be at a higher risk. There may be the need for stool and urine samples, and

In truth, there is no known treatment for West Nile Virus, and nor is there a vaccine; treatment will be by keeping the patients fluid levels up and making sure that any brain infections are caught early and controlled. Anti-inflammatory medications are administered, and most patients make a full recovery. Instances in which the neuro-invasive disease are seen are very rare indeed.

What Is The Incubation Period In Humans For West Nile?

West Nile virus is transmitted to humans by a mosquito bite; the mosquito will previously have been infected by a bird carrying the virus. There are many different species of bird that are known to be carriers. The incubation period can be anywhere between five to 15 days, but most cases will be very mild.

What Is Meant By:

West Nile Encephalitis: encephalitis is an inflammation of the brain and can be brought about, in rare cases, by the West Nile virus. It is a serious condition and may have long term repercussions.

West Nile Meningitis: a form of meningitis brought about by infection from the West Nile Virus, patients are carefully monitored and instances are not common.

West Nile Poliomyelitis: another rare complication of West Nile virus, symptoms include high fever and headaches, and it is treated by rest and fluids.

┬áÔÇ£neuroinvasive DiseaseÔÇØ: In very few cases of West Nile Encephalitis the infection affects the nervous system; this can have long term effects, but it is very rare indeed.

West Nile Fever: this is a common name for the mild version of the West Nile virus.

┬áIf I Have West Nile Fever, Can It Turn Into West Nile Encephalitis?

It is very unlikely; in fact 80% of people with West Nile virus do not show any symptoms. 20% will develop West Nile Fever, the mild illness that is most commonly symptomatic of the virus, and only 1% of all sufferers, with symptoms or without, are likely to develop Encephalitis.

How Can You Prevent Infection?

There are many things you can do to minimise the risk of infection by the West Nile virus, especially if you are travelling in areas where mosquitos are prevalent:

It is also worth pointing out that there are many advertised insect repellents such as Vitamin B and ultrasonic devices: do not waste your money on them as they do not work!

We hope that this article has helped you to understand what West Nile virus is, how it occurs and the effect it can have, as well as providing you with valuable information on the prevention of infection and what to do if you suspect you show symptoms.

Blood Clot In The Leg (DVT) Symptoms, Causes And Treatment